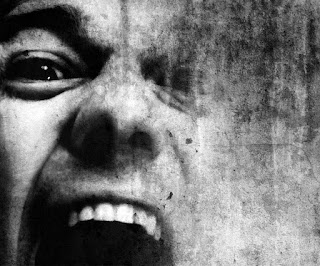 Provoking in everyday speech is defined as the act of annoying someone deliberately; a negative behavior that most people would choose to avoid. However for Paranormal Investigators, provoking is a common tactic used to motivate activity. While I can’t deny that I agree with using provocation in investigations, how some choose to provoke activity is where I have an issue. I was shocked after reading articles where provocation was described as the act of using foul language, making obscene comments, or demanding physical action from whomever you may be trying to contact. I'm sorry, what? I mean if you were going for deliberately annoying, you definitely hit the mark, but how is that an effective tactic? 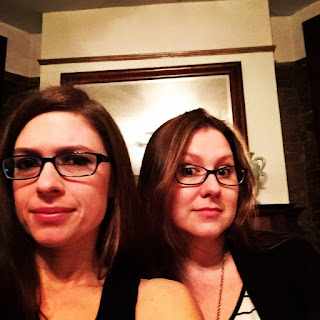 What great advancements in paranormal research do you mean to discover by pissing off your main subject? I suddenly felt embarrassed by every moment that I had asked other group members if they were comfortable with me using provocation and thought how disappointed they must have been with my mild actions that followed. Sorry no wild yelling, rude remarks or threatening unseen forces happening here. I always saw provoking simply as being a bold interaction between you and the spirit or entity you’re investigating. If you are at a location where there have been claims of attacks by an entity, this should definitely motivate you to ask that entity to explain themselves. Ask them to show you what they can do even, but I feel like this tactic is to only be used when the location calls for it. Not just as an attempt to make the night more thrilling. 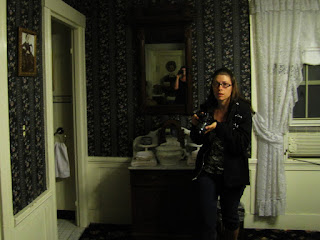 Not to mention you always want to be respectable and ask permission by the owners and other group members before using these methods. Paranormal investigating is like taking a trip into the unknown, anything could be possible. You should understand that you are taking on a greater risk by bringing up heated topics. It’s a risk Chris and I accept when we encounter locations with a complex past or secrets to uncover. We are willing to push buttons to get to the bottom of the story. We enjoy researching those locations and drawing our own theories based on the history and our findings. I guess you could say that  we pull out our detective hats when it comes down to it. 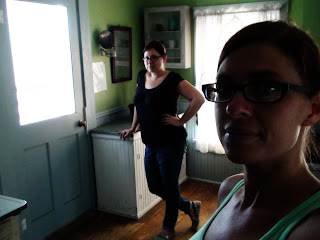 During our investigations, both Chris and I use different methods of interrogation to engage communication. I think it's safe to say Chris is the good cop and I'm the bad cop. Meaning she usually leads the conversation during EVP sessions with typical questions touching on the history of the location. However when there seems to be a lull in feedback from her technique, I jump in with questions that could be a bit uncomfortable. Take for example, one of our recent locations, the Villisca Ax Murder House. This location holds a sinister story of an unsolved murder in which the whole family and two overnight guests were all bludgeoned to death. After such a horrific crime, this once sleepy little town became fully aware of the wild accusations and rumors surrounding the murder victims who otherwise appeared as normal everyday citizens. In the end there were no solid leads and these poor families never received the justice they deserved. So, how could you not take the opportunity and attempt to solve a 100 year old cold case? 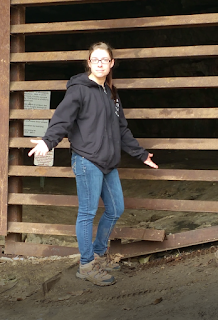 I quizzed Mr. Moore on the brutality of his unsolved investigation. Asking him if he knew why his family may have been the target of such heinous acts. Did he in fact have a quarrel with the owner of a rival farming equipment store in town? Did he have an inappropriate relationship with another woman that ultimately led to his and his families demise? I want to note, after that comment I did apologize immediately and stated that I never truly believed those rumors, but yeah, I was an ass and went there. When we were at the Lemp Mansion in St. Louis I asked William Lemp if he felt guilty for possibly leading his children down the same dark path he chose to take by ending his own life? I feel like these are fair questions to ask even though I personally have no connection to the stories. Even though I am an outsider, it seems necessary to cross the line when it comes to reaching out for answers to things that I shouldn't have any knowledge of.. I truly feel these are the same questions anyone close to them would want answered, and I am fascinated by the potential opportunity to receive an explanation straight from the source and essentially gain closure for some of those mysteries that have been left unsolved for years 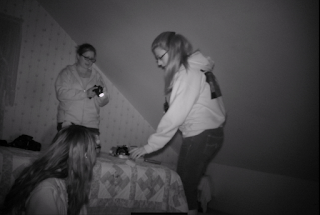 Another place we felt provoking would encourage some hidden truths was at Lizzie Borden's B&B. Many believe that Lizzie Borden viciously murdered her own father and step mother, though she was never convicted of the crimes and again, these murders went unsolved. Many remain convinced that it was Lizzie that had committed these crimes, and the people from Fall River felt that there was more to the story then just an epic failure of justice by the local government. Most believe Lizzie and her sister, Emma, didn’t want their step mother to gain the family fortune once their father passed on, however there have been reports from psychic medians that believe Lizzie was in fact molested by her father for years and only murdered him to put a stop to her abuse. On the night of our investigation at the Borden residence I was eager to use this opportunity to ask Mr. Borden about these rumors. Though as I tried to communicate with him I suddenly felt ill. For the first time ever I witnessed how dangerous provoking could be. 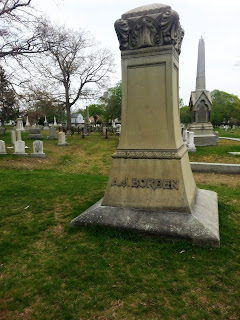 Before I could even finish my question to Mr. Borden my stomach suddenly turned. It was hard for me to speak as a sourness climbed up the back of my throat, I felt like I was going to be sick. I was attempting to ask him if he would like to speak out against the rumors and tell his side. I was actually giving him the benefit of doubt here, and not trying to be rude. But as I became overwhelmed with this feeling I could not continue with my inquiries.  I alerted Chris and she immediately changed the subject to a lighter topic, giving me the chance to collect myself. I began feeling better shortly after, and decided to pick up right where I left off. I announced to whom I believed to be Mr. Borden, that he couldn't scare me that easily. I was determined to understand the mystery surrounding the events that occurred at this location all those years ago. Certain instances just call for more than investigating the paranormal. Even if  its just by a small chance that you have to uncover the truth behind the rumors of the past. How else could you attempt to do that without a little properly used provoking? Detectives don’t just ask nicely than give up, so why should we?

Posted by Grave Spirits at 4:58 PM