The Lemp Mansion - The Lockdown 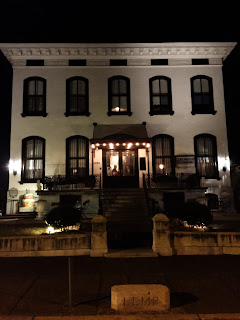 The Lemp family of St. Louis, MO established the Lemp Brewery in 1892, but it wasn’t their family brewery that made them famous. After the loss of a child and a friend owner, William Lemp Sr., committed suicide on February 13, 1904. Years later after the company suffered through prohibition William Lemp Jr. also took his own life in the office of the Lemp family home. I could stop there and everyone would say what a tragic story this was. A father and son both so lost in hopelessness that they feel there is nothing left to live for. The power of ones emotions, drawing the mind to believe that death is the only relief is a disease these two men seemed to share, but for the Lemp family it didn’t stop with them. Youngest daughter Elsa, and the third son of William Lemp Sr., Charles, also felt that life was too hard with no positive end. Elsa and Charles both killed themselves at different times and for different reasons. It is clear that the Lemp family had demons they were not dealing with.

The Lemp family home is now a restaurant and inn that really plays up the family's haunting past by playing host to ghost tours, and murder mystery dinners. I had the pleasure of investigating this location in 2015 but my story today isn't about that experience. It’s about where we truly got locked down with the dead. Before every investigation we attempt to pay our respects where these lost souls have been laid to rest. We hope to gain their acceptance and make a possible physical connection that will aid in the psychic connection to the other side. The Lemp family members are buried at the amazing Bellefontaine Cemetery. The cemetery itself is seen as a tourist destination offering walking tours of the grounds that include stories of the historic individuals interred here. Some of the most famous include William Clark and the Anheuser-Busch families. 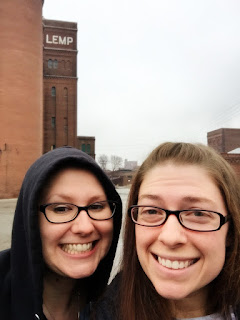 The burial ground's are in the middle of an industrial area of the city. Yet it seemed so peaceful within the grounds, as if you were completely secluded. The aromatic flowers and trees helped you to forget that just beyond the wrought iron gates sat the bustling city. It was easily comparable to walking the paths of a garden deep in the country. We had to have been in there for hours, though the time passed us by without either of us noticing. The trails seemed to go on forever, winding and twisting deeper into the ossuary. We explored here for over an hour before finally making it to the Lemp family tomb. We spoke to the deceased, and paid our respects. The spell of the cemetery finally broken, we decided that we had lingered here long enough. We began our exit, however finding our way out would prove to be another challenge. As we approached the exit we could see that the main gates where closed. Thinking that they were possibly automatic gates, we crept closer. Now that we had pulled all the way up, the gates remained closed. At this point we could also see that they had been chained and locked! I got out of my truck, walked to the office which was just to the left of the gate, but found that no one was there! They had all left! Locked us in and left! I got back in the truck and my eyes fixed upon the sign on the gate that read the closing time. Checked our phones and... well shit! We just got locked into the Bellefontaine Cemetery for the night. So of course our first thought was hey maybe this isn’t such a bad thing, I mean there are a lot of individuals here worth trying to talking to! Being that the main focus of this trip was the Lemp Mansion, also neither myself or Chris were super thrilled with the idea of being arrested we began searching for a way out. We quickly discovered that this may be a common event at the Bellefontaine Cemetery because on the gate is another sign that read “If locked in, Please wait here, call security.” So we made the embarrassing call to security and waited for our savior to arrive. When he arrived he was great about the ordeal. Just smiling and giving us a friendly wave once the gate was open enough to drive out. We laughed about it as we drove on to the Lemp Mansion, though I can’t help but think that we may have missed a great opportunity there.

Disclaimer: No we do not condone being in cemeteries or graveyards after dark without permission. Always ask permission for investigating after hours.
Posted by Grave Spirits at 2:27 AM