Podcasting and the Paranormal 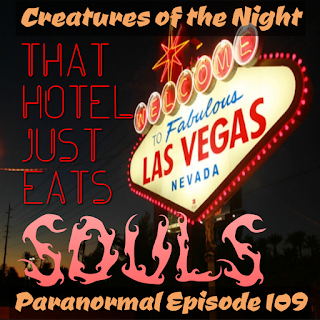 When we take our show on the road, we visit haunted locations, tour historical sites... We stop to take pictures and discuss all of the interesting things that are reportedly residing within those locations. But at the end of the day, we have to sleep somewhere. Be it a campsite, or in the back of an SUV. We almost always stay at a location that has reports of paranormal activity. When we set our sites on Las Vegas, nothing about that thought process had changed. Though this time we had months of planning time to narrow down our choices and after going back and forth a few times between one very special location and another, we chose Bally's hotel. Bally's had everything that we needed, well almost. The room we got had an incredible view of Las Vegas, and even from the corner of our window you could see the famous Bellagio Fountain. The one thing it didn't have was a coffee maker. COME ON! 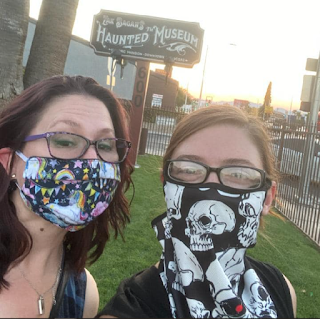 And after hiking to the hotel from the parking lot which seemed to be on the opposite end of the strip (not really, but it felt like it) and after standing in a long line at Bally's to check in, we dragged our bags, cooler, and recording equipment all the way up to the 73rd floor! Only to discover there was no coffee maker :( so we had to make due, and indulged in a glass of wine each before calling our Uber to head over to visit Zak Bagans Haunted Museum! The glass of wine at least put us at ease from all the stress from hitting the dense Las Vegas traffic! Finally as the sun began to set, we rolled up to the Haunted Museum thinking that all was now well with the world! Yes we were very excited to tour this place, being that it was Wendy's second time to visit and Chris's first - we we're both just stoked to see what was waiting on the other side of that spooky haunted museum door! Well the Museum lived up to our expectations as it should have! We we're excited to see many of the artifacts that we had previously discussed on the podcast. So not only we're we at Zak Bagans haunted museum, it also felt like we had also taken a little stroll down memory lane! :) 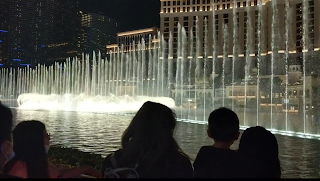 Leaving the museum, we headed back to our hotel to record the show, but only after dinner and a quick tour of the Bellagio Fountain - which coincidentally was right across the street from our hotel. Unfortunately the overload of craziness at the fountain mixed with having a very late dinner as well as being overly exhausted from all of the running we did that day meant that the podcast would have to wait until the morning. Remember when I said there was no coffee maker... Right... But Wendy was able to lockdown a couple of bottles of Starbucks cold brew for us from the downstairs lobby!! Score, now we can rock and roll! We started out and completed one podcast recording which delve into all the cool things we saw at the haunted museum but also one specific item that had a crazy demon story linked to it... But of course it did, the item was at Zak Bagans haunted museum after all... 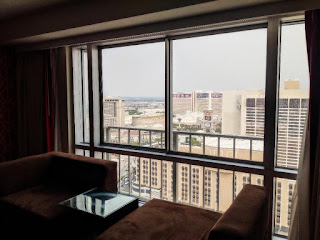 So onto the next podcast which is all about haunted hotels in Las Vegas - Creatures of the Night Paranormal Podcast 109 "That hotel just easts souls" strange thing is, our hotel did more then just eat souls... Like, could it get any stranger then that? Our camera equipment completely malfunctioned and refused to record! We replaced memory cards, and the camera even indicated that it had a full battery but in the end it was not going to record. Wendy decided to pull out her cellphone and record us podcasting instead which turned out to be the decision that saved this show... You see, not only did the camera fail, but so did our mic's! And this was only discovered after uploading the podcast, to ready it for publishing. By that time, we were no where near our haunted hotel in Las Vegas! Because Wendy thought to use her cellphone to record, the show was able to be salvaged and even though the audio is clearly not like it is from our other shows, the show still made it! 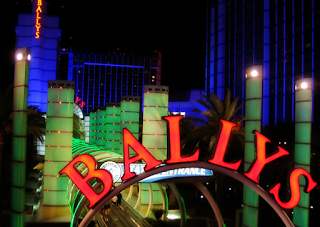 I have to think that maybe the spirits there were actively trying to stop us from talking about this story. One that brought us to Las Vegas to visit, investigate and to tell others which involves a rather tragic incident, leading many to experience paranormal activity after their night of gambling it up downstairs. Bally's hotel was our choice for this podcast for a variety of reasons but it definitely adds to the mystery, knowing that we almost walked away without the podcast! So do us a favor and download Episode 109, the show that almost wasn't.
Posted by Grave Spirits at 5:22 AM