To Smudge or not to Smudge...

Using a sage smudge to cleanse your surroundings is a belief that has been around for a long time. Traditionally the Native Americans used sage to purify or to bless people and places, now many believe that burning a bundled stack of sage leaves while reciting a prayer or spell will clear their environment of any negative feelings or undesirable spiritual forces. This belief continues to be widely practiced today, and for many who feel that they are at the mercy of an unwanted or dark entity, smudging has become their only hope when seeking an answer for removing them. 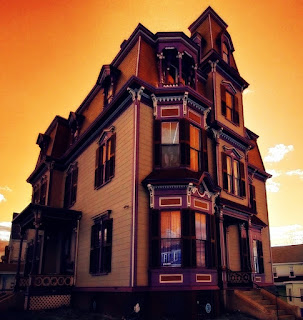 Though there is no old fire station equipped with a basement vault full of previously removed negative energies, it would seem as if this belief has become our modern day version of Ghost Busting. This idea that smudging removes spirits and cleanses your property is a unique one and should raise many questions among the paranormal community. In theory, smudging acts the same way a bug repellent does with mosquitoes. You won't actually see them being repelled by the smudging, instead you will feel when the spirits have moved on, which is the desired effect for many in need of help. Some say that the most promising method to remove a negative energy is by smudging regularly. Even though the effects from smudging may not be permanent, you should be aware that in some cases the negative energy can return and has sometimes worsened. 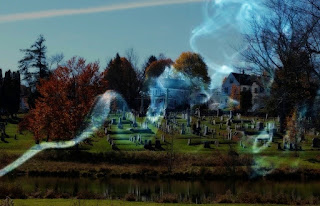 No one has been able to say with certainty why smudging is so effective for this purpose, and I doubt that we will ever fully understand it. However you choose to practice this belief is your preference, just be sure to proceed with caution. As a paranormal investigator I am left at a crossroads when trying to argue that the idea of pushing those lingering souls out should come before discovering the reason why they remain here in the first place.  The question remains, are we really trying to learn about the paranormal or are we just trying to make our own situations more comfortable? To smudge or not to smudge? A question we should be asking ourselves before assuming that the risk is greater then the reward.

Posted by Grave Spirits at 6:01 AM